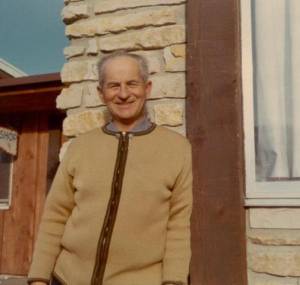 Wilmot Mountain’s founder, Walter Stopa, joined the National Ski Patrol (NSP) in 1939. He organized and promoted a ski patrol program at Wilmot starting in 1939-1940, which was the first organized patrol in the Midwest. Volunteer Patrolmen were recruited by Stopa from local clubs and metropolitan ski patrols.  Walter was twice recognized for outstanding service to the National Ski Patrol.  In 1944 he was awarded a Yellow Merit Star and, in 1947, was presented with National Appointment #866.

With the advent of snowmaking and the growth of the area, a more organized and formal patrol was needed. In 1956-1957 the Wilmot Mountain Ski Patrol (WMSP) was formed. Outstanding patrollers were selected from various ski clubs throughout Chicagoland.  Membership was capped at 50 senior patrollers.  A new patrol director was selected each year and slope leaders became responsible for each shift. Additional patrol requirements were met by walk-ons from the various ski club s.

In 1965-1966 the WMSP was selected as the National Outstanding Ski Patrol. At that time the area had grown to two chairlifts, two T-bars and 12 rope tows.  The patrol had 51 members included 48 senior patrollers, 3 junior patrollers.  In addition, 13 members held National appointments.

In 1985-1986  WMSP was once again selected as the National Outstanding Ski Patrol. By now the area had grown to include 8 chairlifts and 6 rope tows.  The Patrol had grown to 196 members as club patrols no longer supplemented as a resource.  This included 88 senior patrollers, 4 junior patrollers and 3 auxiliary patrollers. 25 members held National appointments.

Today our Patrol has 190 volunteer members.  54 have achieved Senior status, 4 have achieved Certified status and 11 have National appointments.  We also have 65 alumni members. The WMSP has always been a 100% volunteer organization dedicated to servicing Wilmot Mountain and the skiing Public

You can login using your social profile
Problem with login?